In the third round of the year, I was focusing on decimal. I learn about adding, subtracting, multiplying, and dividing decimal. For adding and subtracting is easy, you just put the point on top of each other and do the adding or subtracting. Example:

Dividing is also hard. First, you do normal dividing but when you come to the dot, you have to put the point right on the top of it. Ex:

Overall, I like decimal because it is kind of easy and it helps me with a lot of word problems in class. I’m not really good at it but I can understand it and know how to do it well.

Carbon is one of the elements that is located in the row 2 group 14 and it’s the symbol is C. Carbon is really important because there are a lot of things that have Carbon in it, such as pencil leads, coals, chalks, and even diamonds. It also helps a lot of things such as photosynthesis, breaking down wastes, make glucose for human and more. All of that stuff is called the carbon cycle, it is the cycle of the carbon at the atmosphere, on land, and underground(the picture above). There are many processes in the carbon cycle 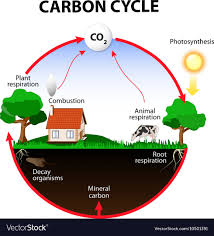 Coding is a new and hard learning skill for me. Python is what called a language in coding, some people say it is easy but it is really hard for me. The first three topics that I learn in the Technology/ Multimedia class are Booleans and Comparisons. For Booleans it is made to tell if something is true or false, ex:

The comparison is for comparing two things. There are six types in the Comparisons: 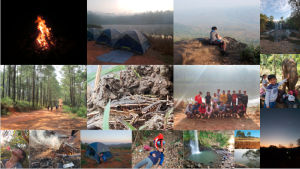 During the trip, I’ve had changed a lot. I had changed about the way I think about nature, before this exploration I thought that nature was dangerous, wonderful but dirty, I afraid of animals, afraid of the steep cliff. However, After two trip I change all of my thought about nature. I knew that nature isn’t that dangerous at all if we know how to keep it safe like walking carefully while walking, play safely by don’t push someone in the waterfall or lake, and also in this exploration we have four rules about playing: play safe, play hard, play fair, and play well!

In the exploration, we want to learn how to be an outdoor leader. After the exploration, I learn a lot of things like making fire, clean dirty water, risk management, recuses people outdoors, build a tent and a bivouac, want vs need, using the bathroom outdoors and respect the nature around me. For me, nature is really important to everyone so we should respect nature by stop cutting trees, stop making a lot of pollution, throw the plastic everywhere and more.

If Cambodians can learn about outdoor leadership it would impact a lot of things. They would learn more about the natural resource in Cambodia, wonderful places outdoor, keep our natural resource clean and know the survival skills outdoors. As I know, most of the people in Cambodia don’t even know what is outdoor leadership is. So if all Cambodians know it, our country and everyone also nature will be better.

Disabled People: They Have The Ability, So Stop Discriminating Against Them

What do you call a person who sits on a wheelchair? Over one billion people in the world are living with the disability. As you might know, the word disability is formed by “dis” and “ability”. It means that disabled people don’t have the ability to do things like a typical human(normal people) can and that’s why people with disability damage a lot of discrimination. Although many people think that people with disability can’t do things as typical humans can, people should stop discriminating against them because they will have a hard life to living alone, they have the possibility of not getting a job which could leave them impoverished, last but not least they would think that they are useless because of the discrimination and could commit suicide.

Disabled people are having a hard life living alone. People with disabilities are almost always alone without anyone caring about them. According to a website called Ohchr(Office of the High Commissioner for Human Rights)  has an article that writes about how lonely are disabled people. Ohchr says“They(disabled people) have little hope of creating a family and raising their children, socializing or voting” (in-text citation). This quote is explaining why people with disability are lonely because they don’t have their family to look after them. for example, if they were blind or deaf it is hard for them to live alone. Imagine if you were blind and try to go upstairs by yourself, how do you feel? Would you feel like you about to fall? So they need our help to take care of them to make their life easier. Not only that it would make their life easier if you stop discriminate them. Moreover, it would make them feel like they are not alone in the dark silent world.

Due to discrimination, people with disabilities could potentially commit suicide. If they are an only disability, it is not that stressful for them to suicide. However people around them make fun of them and discriminate them, that’s the problem that they have every day. According to The Guardian, a newspaper. This website called www.theguardian.com. An article was written about a disabled person that considering euthanasia and everyone around her seems to not care about her. It says, “Marieke Vervoort, the 38-year-old Belgian Paralympian gold medallist, is only the most recent disabled person to announce that she is considering euthanasia, saying her “body is exhausted”. She is not imminently dying. Yet no one seems to be trying to persuade her that life is worthwhile”. Although she didn’t want to suicide herself because of discrimination, no one persuades her that life is worthwhile which is discrimination too.

In conclusion, disabled people are damaged by discrimination a lot that makes them have a hard life living alone, have the possibility of not getting a job which could leave them impoverished, potentially commit suicide. The government should create a law around the world that says “people must stop discriminating against disabled people” and everyone must follow the rule so it can solve the problem. Finally, everyone should call people with disability “ Ability people ”. Why? Because when you say that they are disability you mean that they don’t have the ability to do things like move around, reading, running and etc,…They have the ability to do as typical people, but they just do it into the different way from us so call them “ Ability people ” from now on.

2, OHCHR | Freedom of Religion: UN Expert Hails Albania, but Notes New Challenges and Unresolved Issues from the Past, www.ohchr.org/en/issues/discrimination/pages/discrimination_disabilities.aspx.

Geometry is an important lesson in math and it can be used for engineering, architecture, graphic design…. In the class, I learn about finding the area and the perimeter of the triangle, square, rectangle, and parallelogram. Through the lesson, I face a lot of challenge because there are many shapes and formulas and especially the triangle. However, my math teacher had given everyone a website call khanacademy(http://khanacademy.org) to work on. It a website where the teacher can put any assignment about any subject for us to do. Moreover, If you don’t understand it you can go to watch some videos where they explain to you about the topic. 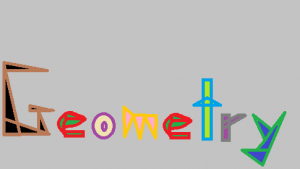 After all, I learn a lot of things that can apply it to my everyday life or to the future. if I am an engineering in the future, I can use geometry to help me with it.

In round 2, for Technology and Multimedia class we learn about the camera. First, we learn what is exposure. Exposure is the amount of light that reaches into your camera and it determined how dark or bright your photo look. There are three things that can affect exposure such as shutter speed, aperture, and ISO. 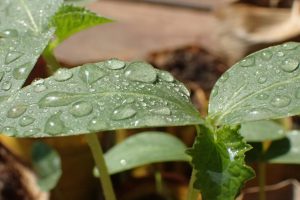 ISO is how sensitive your camera is to light. There are levels with numbers of ISO on your camera such as 100, 200, 400, 600, 800, 1000 etc. The higher the number is, the more sensitive your camera is to light so your photo will be brighter than how it looks in real life. If your ISO is too high it also will make the photo has noises( like the one above ). So it is good to keep your ISO low, but if you want to make your photo brighter your first step is to change the shutter speed and the aperture.

Overall, I learn a lot of things about the camera and I can apply it my every life by taking pictures.  In the future, I hope that I can apply it bigger than this.

To do the theater we need a truck like I said above, and we have to spend the money on it but we don’t have any. So my group decides to do some crowdfunding to let people donate us some money. In the crowdfunding, we want to put a video about what will the theater make the people feel after they had watched the play. So to do that we had a trip to Tbong Khmum and Kampong Cham province to interview and to show the play to the villager there. 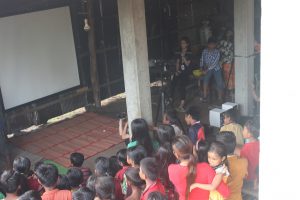 This exploration will not end like this so I think that the next term there will be the second round on this exploration only If we have the money from the crowdfunding.

What is root words?

In the Literacy class, we do a lot of especially writing and reading. In this term we learn about the history of the language through time, how has it change, and a lot of root words.

Example of a root word is “Hydr” it means water. Most of the words that have “hydr” in it usually related to water like, hydrate, hydroelectric, hydrant and more. Some root words also have the same meaning like “hydr” and “aqua/aqu” mean water.

Here are some root words that I learn

Liger Leadership Academy students are English Language Learners. They have been immersed in English since arriving at Liger, We pride ourselves on prioritizing process over product. Please excuse any English errors as part of the learning continuum our students have taken over the years. 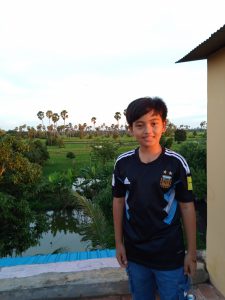 Welcome to my Portfolio, my name is Reach. I am 12 years old. I am a student at Liger Leadership Academy that located in Phnom Penh, Cambodia. Liger provides student the opportunity that can leads us to be a change agents of Cambodia. I was born in a family from Takeo province, Cambodia. I love doing some drawing and dancing but my future goal is to be a businessman. Moreover I really want to make something to change Cambodia to be a better country. I hope you enjoy reading my portfolio.